Originally built in 1897 to serve the educational needs of the community, Lake School House was constructed on the south side of Olive Boulevard, just west of the juncture with Hog Hollow, in what is now Chesterfield.

The settlement, Lake, got its name from nearby Creve Coeur Lake. Students of all ages attended and likely the teacher was not much older than her oldest pupils. Enrollment swelled in the winter months when farm work was completed.

In 1925, this frame structure was replaced with a two-room brick schoolhouse, and the original building was used for storage. When the school was moved to this location in 1967, it was furnished with desks of the era and a potbellied stove. 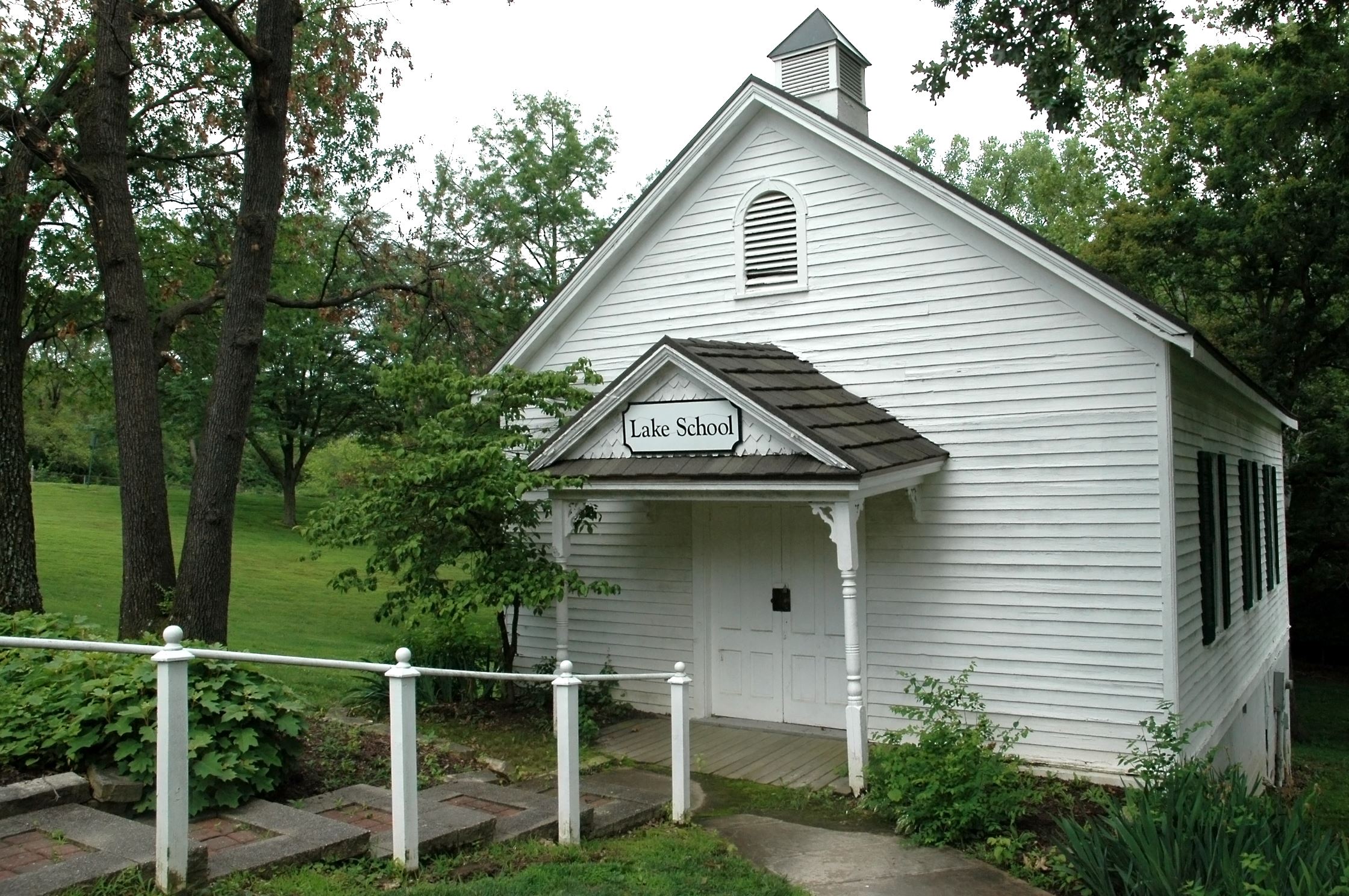 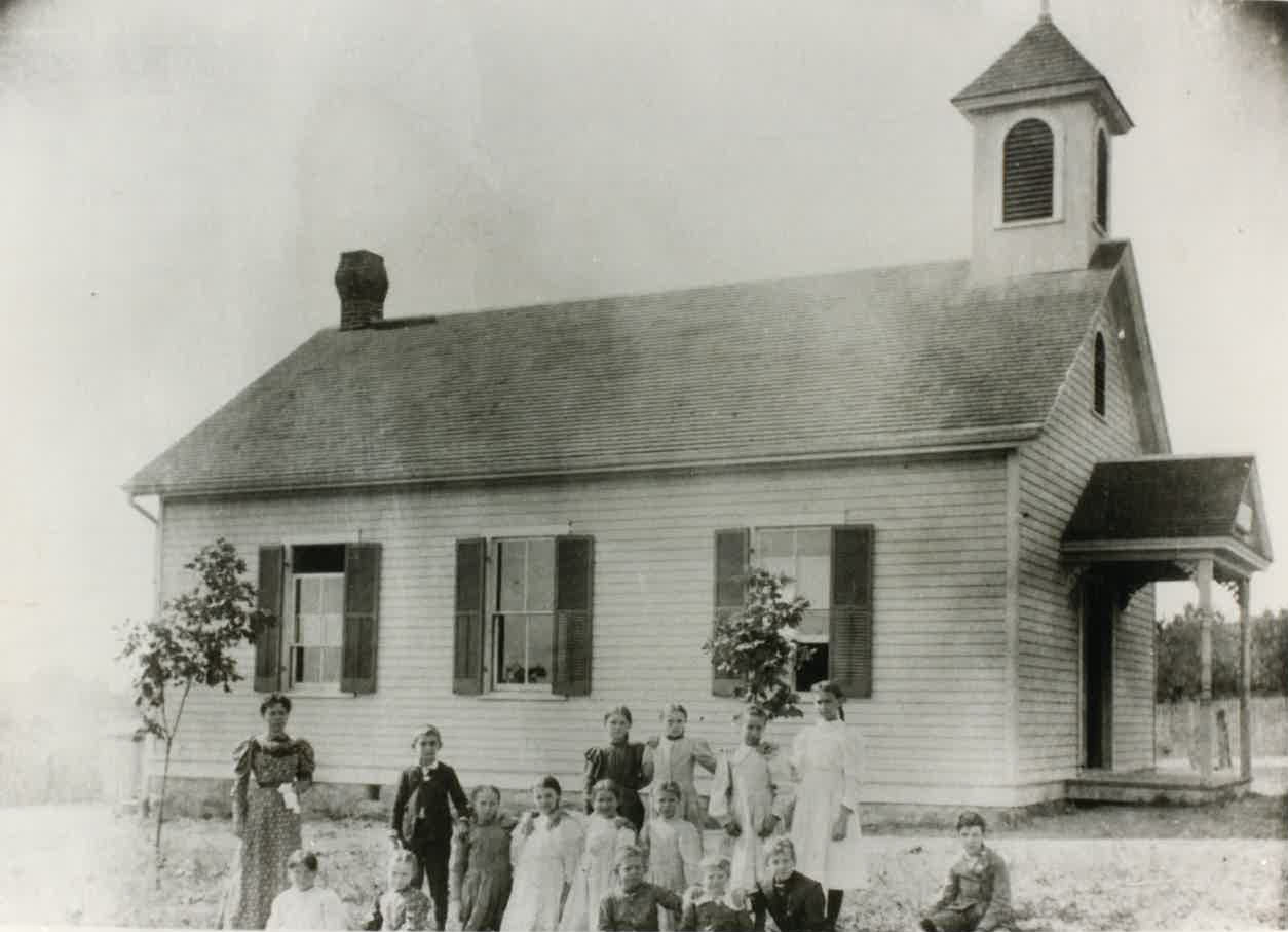