Creve Coeur City Council voted on Monday, January 8, 2018 to award a $7,378,300 contract for the construction of a new police station to United Construction, the lowest of seven bids received for the project. The contract amount is within the established budget, which is funded by a November 2016 voter-approved bond issue.

The ceremonial groundbreaking was March 12, 2018 and construction was substantially completed in August 2019.

The City of Creve Coeur held a ceremonial ribbon cutting to celebrate the opening of the newly constructed Creve Coeur Police Station on Monday, October 7, 2019. Mayor Barry Glantz and Chief Glenn Eidman spoke briefly at the beginning of the ceremony, thanking the community for their support. Helen Casteel, in-district liaison for Senator Jill Schupp, presented a Senate resolution to Mayor Glantz during the ceremony, recognizing this milestone in Creve Coeur history. 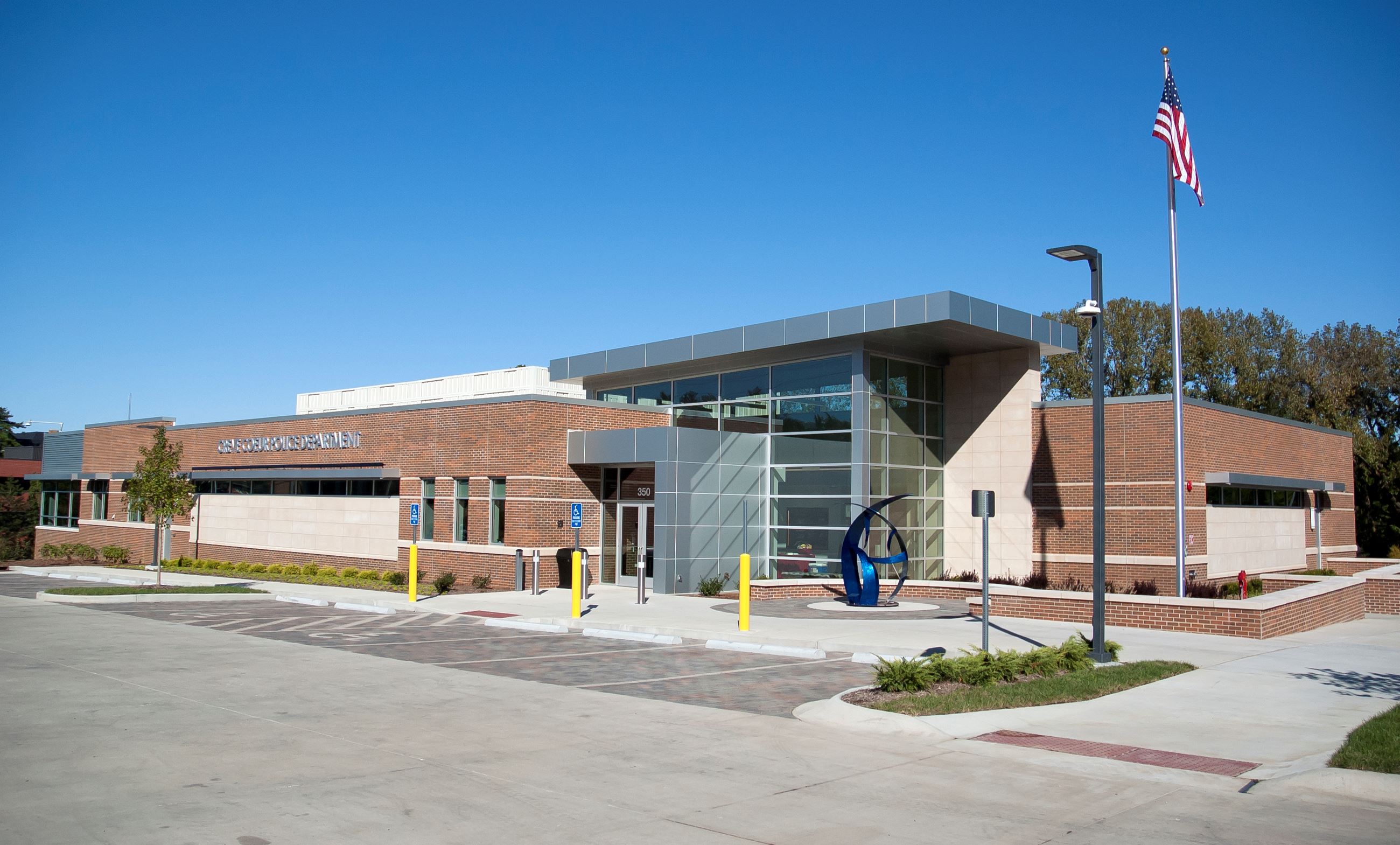 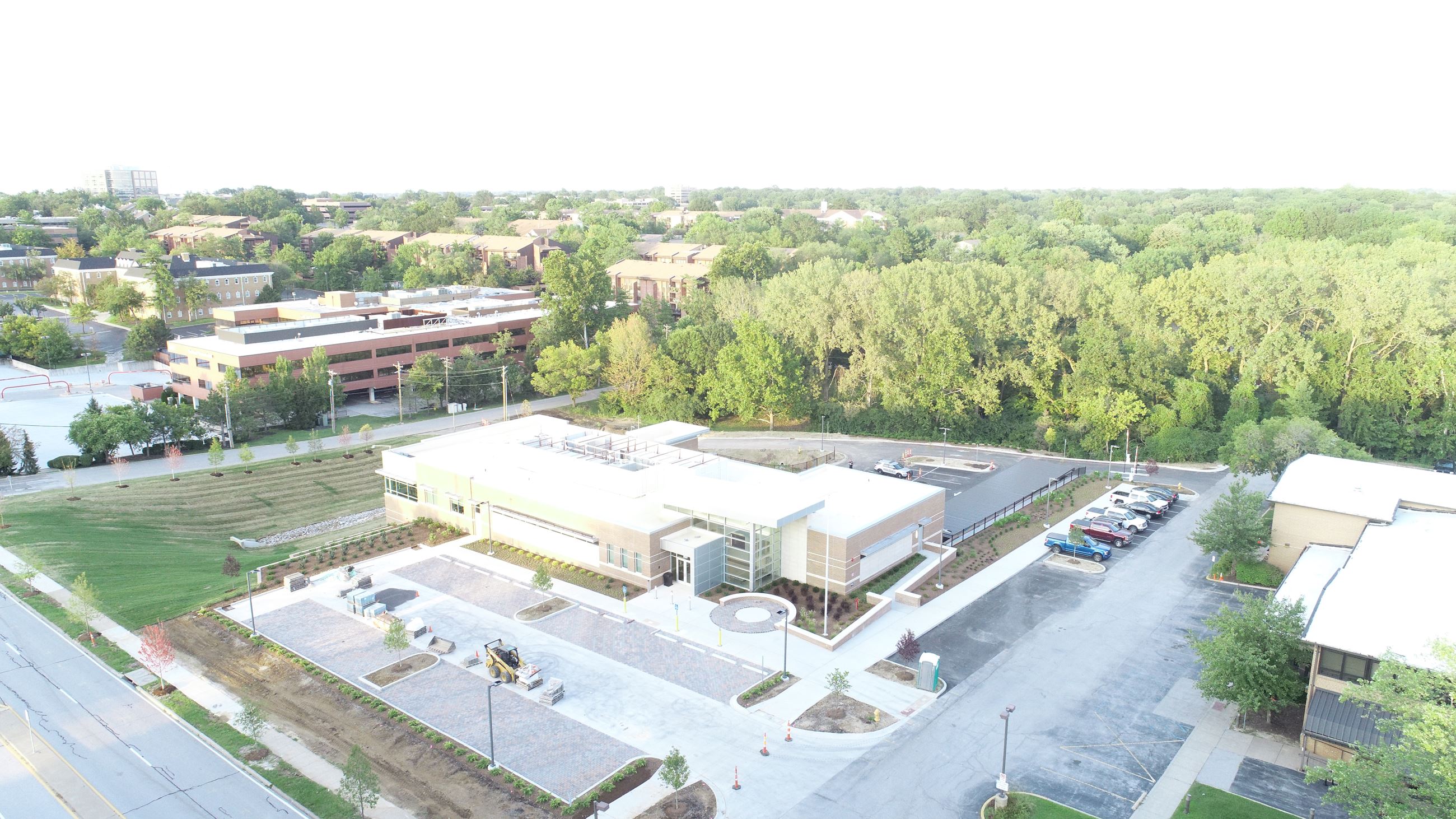 The City of Creve Coeur is taking advantage of best practices and has targeted numerous opportunities to make the new police building as efficient and sustainable as possible. The list of sustainable strategies can be viewed here. 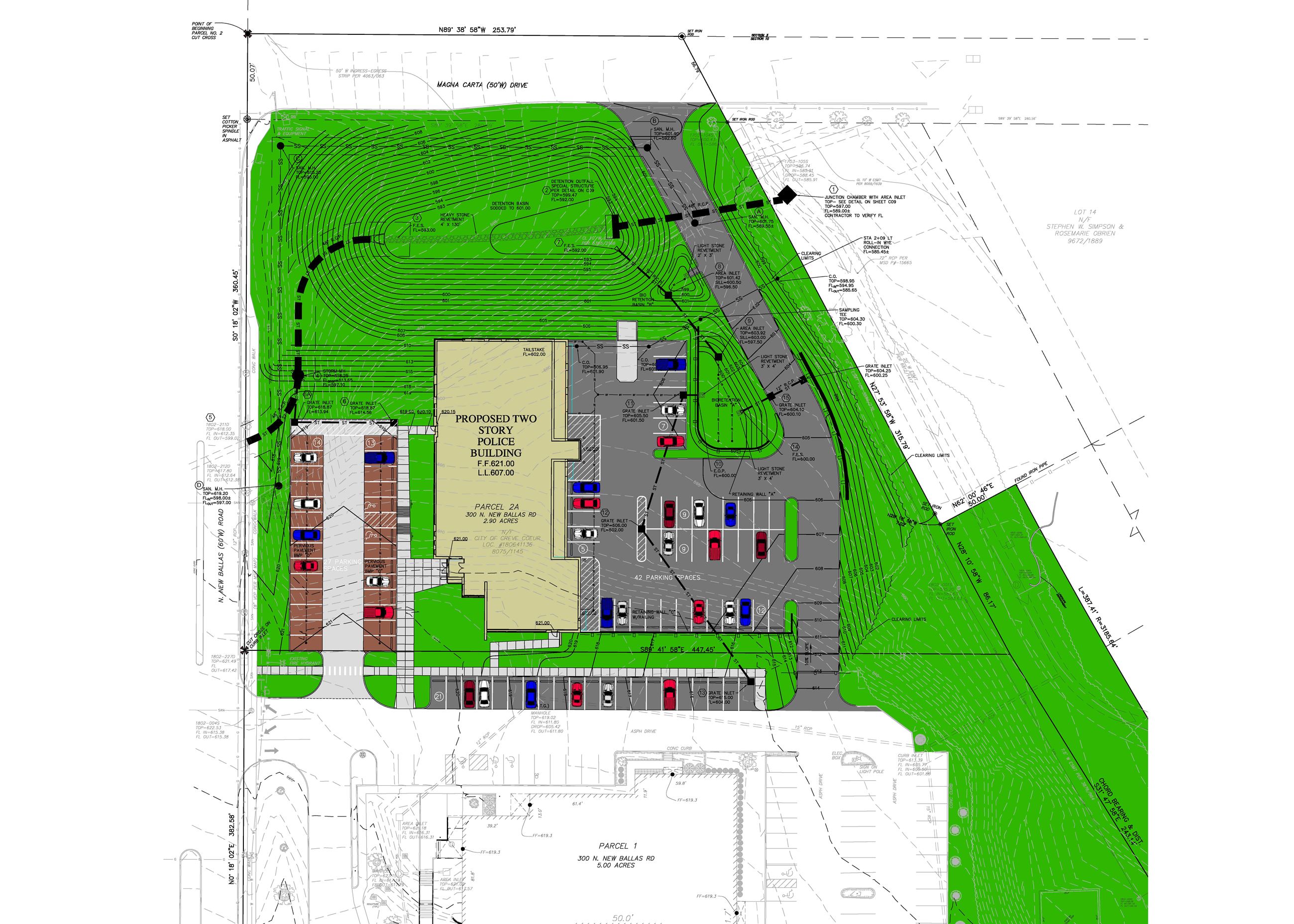 
On November 8, 2016, Creve Coeur citizens approved Proposition P, a bond measure that will fund construction of a new police station. The Creve Coeur City Council unanimously approved the ordinance placing the measure on the ballot at their meeting on Monday, August 22, 2016.

How did the Proposition Appear on the Ballot?

The ballot read as follows:


“Shall the City of Creve Coeur, Missouri, issue its general obligation bonds in an amount up to $10,690,000 for the purpose of constructing, furnishing and equipping a new police station on the current government center property and making safety, security and accessibility renovations to the existing building?”

Why does the Police Department Need a New Station?

This ballot measure was the culmination of more than two years of study by the citizens’ Needs Assessment Task Force, the City Council and city staff. The task force reviewed numerous options presented in the form of a professional needs analysis before making its recommendation to City Council identifying construction of a new police station on the existing Government Center property as the best course of action to ensure a continuation of high-quality police services well into the future.
The new police station will address several deficiencies outlined in the needs analysis including:


How will the Police Station be Funded?

The measure will provide funding for a new police station as well as safety, security and accessibility improvements to the Government Center. General obligation bonds totaling $10.69 million will be issued upon voter authorization, resulting in an estimated real and personal property tax levy of $0.080 for twenty years. This will result in an estimated increase in real estate taxes of $60.80 annually on a home with a market value of $400,000.

How WAS Citizen Input Included in the Project?


This information was prepared and paid for by the City of Creve Coeur, Mark Perkins City Administrator, 300 N. New Ballas Road, Creve Coeur MO 63141. This information is intended solely to educate and inform residents about a question that may be presented at the polls. It is not intended to advocate, support or oppose the passage or defeat of the measure. Each voter should vote for or against the question based on his or her own judgment.